about the Foundation
Scroll Down 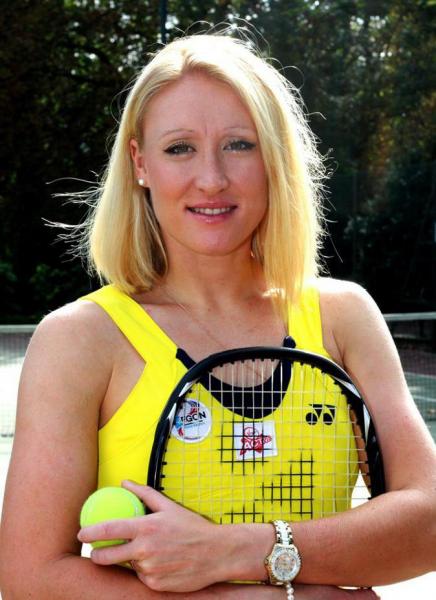 Elena Baltacha (fondly known as Bally) was born in the Ukraine on the 14th August 1983, her father (Sergei Baltacha) was a professional footballer and after moving the family from the Ukraine to Scotland (where Bally really found her tennis swing!) they later settled in Ipswich after her father was signed for Ipswich Town FC.

Bally's passion for tennis started at a young age, playing the Junior ITF circuit in 1997, in 2000 Bally was given a wild card entry to Wimbledon, a real dream come true for such a young player. From here her career grew and grew until she eventually became Women's British Tennis No.1, a title that she held intermittently between 2002 to 2012.

Over the course of her career Bally won eleven ITF singles titles and four ITF doubles titles, she was also a runner-up in three ITF events in singles and four in doubles. In 2011 Bally won the   2011 Aegon Nottingham Challenge and in 2012 Bally had (in her own words) the honour of representing Great Britain at the 2012 Olympics in London, in both the Women's singles and doubles competitions, partnering with Anne Keothavong.

Bally was tragically diagnosed with liver cancer in January 2014, just a few weeks after marrying her long term partner and tennis coach Nino Severino. Bally lost her fight to cancer on 4th May 2014, aged just 30, at her home in Ipswich, surrounded by friends and family.

After Bally's retirement from professional tennis in 2012 she and her husband Nino set up The Elena Baltacha Academy of Tennis (EBAT) to fulfil Bally's long-term dream of helping get more children (in particular girls) playing tennis. After her sad death in 2014 The Elena Baltacha Foundation was created in order to keep Bally's legacy alive.

Find out more about EBAT here

Latest from the news

'Ride for a Roof' was a fantastic event that saw two members of the EBF Board take to the roads on an epic 350 mile cycle ride... Read more

Why not sponsor a player?

To find out more please complete the from below.

Cookies help us deliver our services. By using our services, you agree to our use of cookies. More Information